Working on an introduction for a new collection of poems but cringe at the idea of doing something conventional or predictable. Any ideas? This is what I've come up with so far... The thoughts expressed in this collection are strictly my own and do not represent the teachings of my old department nor the official positions of a well-intended editor any of several previous religions current or former lovers known literary traditions or my ancestral tribe
Posted by J. D. Mackenzie at 9:06 AM 2 comments:

but sadly I'm sitting on dozens of poems that feel like they are 90 to 95% there but definitely not finished. I'm having a hard time working on new things while knowing there are poems I've already written that need a lot of work. I'm the Octomom Poet. Squeezing out new ones has become more important that caring for the ones I already have. Maybe I'll get a visit from the Poetry Social Worker, who will find a home for the older ones and raise them properly? Or maybe there's a workshop to help me with this?
Posted by J. D. Mackenzie at 3:10 PM 1 comment:

What you dream while he's away at Model United Nations

I. Perched up in a high corner of his room you hear his alarm and see him motionless you never lost your fear of SIDS it sounds your own alarm He’ll grope for the snooze button and sleep in late because he can he sleeps well in hotel beds they're newer and bigger than his own and because you’re not there with your muted morning sounds and the unspoken lure of white mocha II. He’s a well-prepared diplomat with detailed policies and positions but he’s caught by surprise when the ambassador from Zimbabwe gets all precious and blocks his resolution Bono shows up to smooth things over but these things take time so everyone agrees settle things over World of Warcraft and Red Bull over ice III. Trouble finds him because he’s still really young and lacks street smarts A brown belt (while better than nothing) can’t stop the vicious gang from Singapore who target young, healthy quarry so they can knock them out and harvest their organs IV. There’s a big dance on the last night and he meets a nice girl maybe not as nice as you’d hope but nice enough for him to loosen up and dance You worry that she’s a little more experienced a second child with a rapacious older sister her parents have full cable you know she’s seen it all She talks about Burning Man and getting her own place Her face morphs into something predatory you wonder if there’s a Latin word for Skankasaurous Rex and you scream a scream he’ll never hear V. He appears old and it takes a while for you to know it’s him If he’s that old it means you’re either frail or dead and you wonder if you’re seeing him from now or through the lens of the Summerlands VI. He comes home intact and you’re both tired him from his travels and you from fevered dreams
Posted by J. D. Mackenzie at 4:25 PM 1 comment:

But no, it’s a linguistic thing
a diacritical mark taught in the academe
and known from Corsica to Wales

I was wrong
I didn’t know
but in my providential world
where graveside visits are rare
and higher pitches follow
my tone would have been
just right
Posted by J. D. Mackenzie at 9:49 PM 4 comments:

To begin each day
early and with purpose

To know the first secret of life
showing up

To imagine results
before they’re achieved

To plant and harvest
hunt and dress

To build monuments
outlasting us all

To have loved and lost
remembered both

To guide those who’ll listen
Give back where needed

To balance the certainty of faith
with the magic of wonder

To create a legacy and pass it along

Arriving a commoner, retiring a king

This is a life well lived

My Dad turned 80 this month. We have never pretended to understand each other well, but I've grown to love and respect him. He can't imagine a hobby that doesn't involve firearms or power tools, and I can't imagine a waking moment without the joy of language. Here's to genetic mutations.
Posted by J. D. Mackenzie at 5:30 PM 4 comments:

Something about this time of the year, I'm going through piles of old stuff and pitching what I don't want or need. It's easy with material things. If you doubt that, you haven't any clothes left from the 80s.

With writing it's different. I can store five years of work on a $4 jump drive. Just don't ask me to find anything quickly.

I did manage to find the outline for a workshop I led last May on the Poetry of Protest. It was a lot of fun, great turnout, and forced me to gather together some examples from my own work:

Protest is hard work and I'm tired. Starting to think about more uplifting topics like love and redemption. What are you writing about? Inspire me. You know how.
Posted by J. D. Mackenzie at 4:14 PM 4 comments:

I’m intrigued by the Solstice. Though never officially diagnosed with Seasonal Affective Disorder, my endurance and warm disposition are tested by the short days we get here, just below the 45th north parallel. Jimmy Buffet said it best: tempers in need of repair.

We like our stories with arcs and twists, and our universe delivers by tilting the earth so that nothing is ever the same. When it’s winter solstice here, which usually means things are cold and wet, the sun is directly overhead along the Tropic of Capricorn, places like Sao Paulo and Brisbane. What to do if you’re both fundamentalist (which I’m not) and light-loving? Thou shalt not covet those savory UVs. But we can’t help it. We like the light and miss it. And we can’t wait for it to return. That goes for all of us, pagans and Christians and everyone else.

It’s a well-trodden fact that most Christmas symbols were borrowed from folks who lived well before the arrival of the Baby Jesus. And though there’s some compelling evidence his birthday was actually in the spring, there were (and are) a lot of compelling reasons to celebrate it on or near the solstice. The ancients were used to gathering then anyway. Stored food didn’t get any better if you waited a few weeks. There was still plenty of firewood, and the beer and wine created from the last harvest was just about ready. When it’s that cold, why not stay indoors and celebrate?

I looked into traditions of earlier peoples. Many cultures – too many to list here - performed solstice ceremonies. Many contained common threads: eating, drinking, storytelling, hooking up, setting things on fire. Their motivation? Probably a superstition that the declining light might not ever return unless we (humans, or the deities we asked) did an intervention.

The Mesopotamians may have come up with the earliest version of the 12 days of Christmas. Their 12 day festival of renewal was celebrated for the purpose of helping the god Marduk calm the monsters of chaos for one more year. Wanna bet that some form of monsters of chaos has probably been translated into all known languages? Or that Mardak had kindred spirits in other places?

It’s not difficult to see how many of our current traditions (unity, giving to others, candlelight, feasting, evergreens) are modern versions of what our ancestors did before we had rural electrification or office parties.

And what did they do? Wiccans burned Yule logs to encourage the return of the light and honor both life and death. Scandinavian families placed all of their shoes in one place, believing that this would cause them to live in harmony for the next year. Romans honored Bacchus by (what else?) drinking heavily during their festival of Brumalia. The Chacoans (ancestors of the modern Pueblo people of New Mexico) gathered at the Sun Dagger site of Chaco Canyon and danced the sun back into their days.

No Christmas letter from me, at least not here. I love this day because it represents a convergence of so many things I appreciate: light, enlightenment, physics, forgiveness, redemption, boundaries, friendships, hope. But today, mostly light. I hope the light is shining where you are.
Posted by J. D. Mackenzie at 12:59 PM 2 comments: 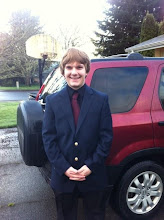